Cannabidiol is otherwise known as CBD for short. What is CBD? It is a naturally occurring cannabinoid constituent of the cannabis plant. It was discovered in 1940 and it is one of over 400 cannabinoids identified and discovered so far in hemp plants, CBD accounts for up to 40% of the plant’s extract. CBD is the 2nd most prominent compound in Cannabis. The cannabis plant contains a lot of different cannabinoids (aspects of the plant) with the most famous being THC (Tetrahydrocannabinol), which is the ingredient that gets you high. All Canna CBD products have below the legal limit of THC.

Cannabis sativa is a yearly occurring herbaceous flowering plant indigenous to East Asia but it is now widespread due to cultivation. It has been cultivated all through history as far back as records go to be used as a source of industrial fibre, seed oil, food, recreation, religious and spiritual aids and medicine. Depending on its use, each part of the plant is harvested differently. The species was first found and classified by Carl Linnaeus in 1753.

Unlike marijuana, Cannabis Sativa or Hemp is naturally rich in CBD and low in THC.

Hemp is legal within the UK meaning it is the most prominent and logically choice for CBD extraction. As well as the benefits of Hemp being well known, it also has a wide array of industrial purposes as well as environmental benefits. Therefore Canna CBD produces all of its products from the beneficial hemp plant.

The History of CBD

CBD has a long and colourful history! People have been cultivating cannabis since around 4000 years BC. In 1533, scientists and doctors began to study the medical benefits of cannabis. In the middle of the 1950s, when scientists were able to extract cannabidiol, they were able to prove that CBD is a non-psychoactive component of the cannabis plant.

Records from 1533 tell us that King Henry VIII made it law that for every 60 acres of land, each farmer must set aside a ¼ acre for hemp cultivation or else get a fine of three shillings and four pence. Meanwhile, in colonial America, it was illegal for farmers to NOT grow hemp. The Founding Father Thomas Jefferson demanded that an “acre of the best ground” be set aside to grow hemp. Colonists arrived in America on ships that had hemp ropes. The Constitution itself was on hemp paper. Cannabis use continued to spread and grow around the world for its industrial and psychoactive effects.

About Cannabidiol – What is CBD?

To understand more thoroughly what is CBD, let’s look at the plant as a whole. Cannabidiol is a chemical within the Cannabis sativa plant, also known as marijuana. There are over 80 chemicals, known as cannabinoids that have been discovered in the Cannabis sativa plant. While delta-9-tetrahydrocannabinol (THC) is the major active ingredient, cannabidiol makes up a whopping 40% of cannabis extracts and has been carefully studied for many applications.

How does Cannabidiol work?

Cannabidiol has antipsychotic effects. The actual cause of these effects is not completely clear. However, cannabidiol seems to prevent the breakdown of the chemical in the brain that affects pain, mood, and mental function. By preventing the breakdown of this chemical and by increasing the levels in the blood, it seems to improve Homeostasis and has been shown to do beneficial things for people in some circumstances. Cannabidiol may also prevent some of the psychoactive effects of delta-9-tetrahydrocannabinol (THC). The question of what is CBD and the nature of it with its antipsychotic effects means that it is in a sense the opposite of THC. CBD has been found to promote and maintain the body’s natural health.

Canna CBD produces a full spectrum extract, meaning that each drop of oil contains a wide assortment of beneficial cannabinoids and not just CBD. You will receive the benefits from a series of different cannabinoids that benefit the body, ranging from CBG, CBDa and CBG. Our production facility focusses on producing quality products at affordable prices for all of our clients and customers. Canna CBD is a name that you can trust.

Genuinely, the only cbd cream i have tried that works!! In fact, ive tried so many products to this point that i thought the whole cbd craze was BS! I get awful neck pain occasionally and it’s by far the worst pain i experience. Your cream is the first topical thing i reach for now. Hits the spot there every time to take the edge off. So well done for changing the mind of the industries biggest sceptics!
James, January 2022
I have autoimmune disease (rheumatoid arthritis) and I have tried many creams and ointments for the unbearable pain. I brought the 1000mg cream, its amazing!! Honestly shifts the pain and makes it easier to manage. I would definitely recommend the 1000mg cream.
Sim, February 2022
Great service and brilliant products. My order arrived within a couple of days of ordering, very well packaged too.
Chris, February 2022 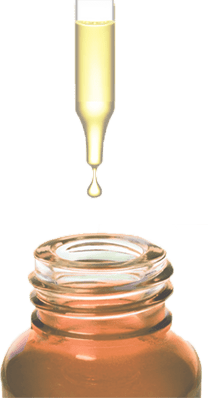 Lab tested which ensures quality, safety and strength. Home to the best CBD Creams in the UK.

When purchasing CBD Cream Shop products, you can be assured that you are using the best and most reliable products on the market today!